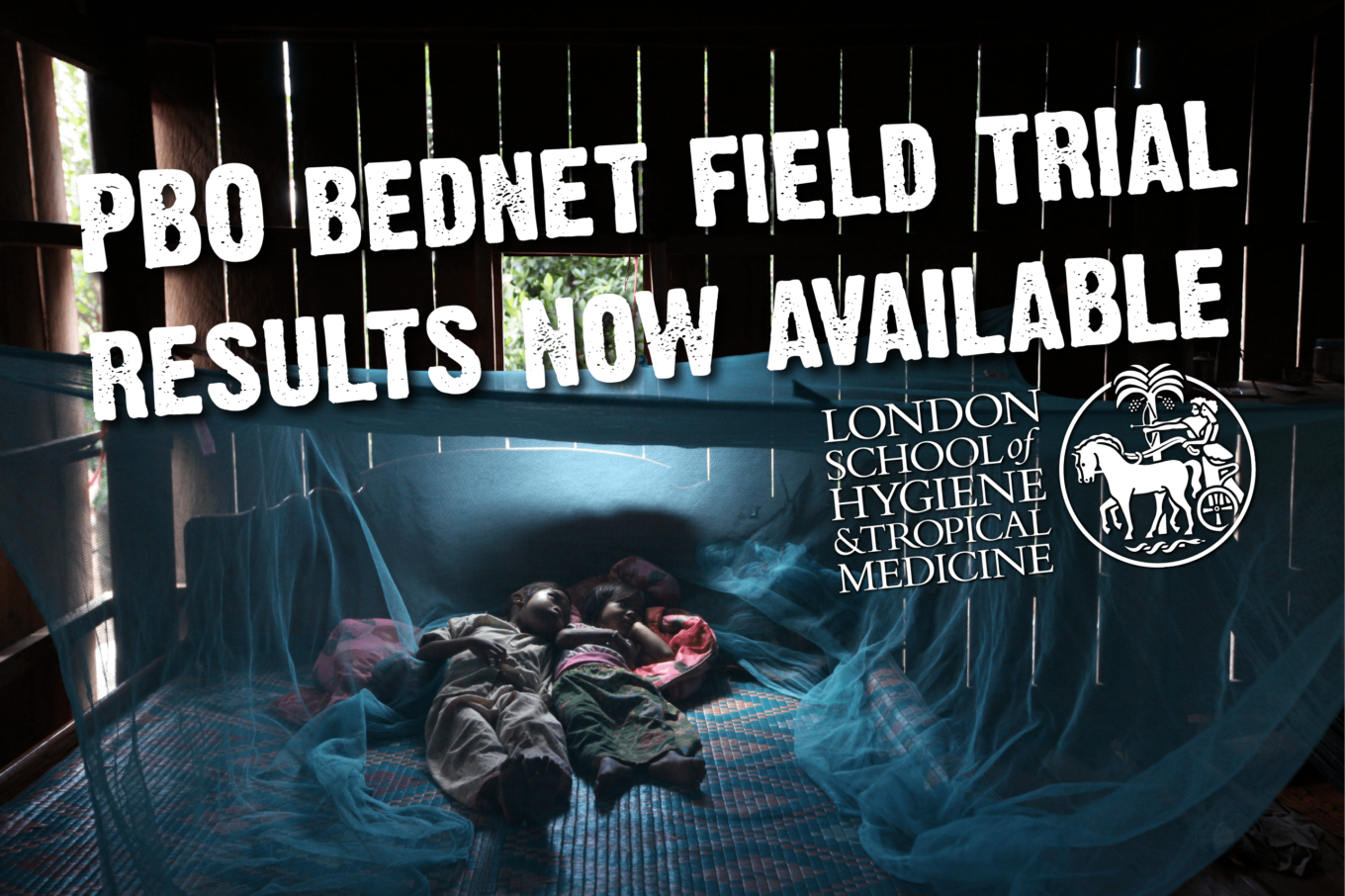 Research at the London School of Hygiene and Tropical Medicine (LSHTM) has revealed a new class of long-lasting insecticidal net (LLIN) that prevents mosquitoes from resisting pyrethroid insecticides. When used in a community randomised trial amongst children in Tanzania, the new nets were shown to significantly reduce malaria prevalence[1] by 44% and 33% in the first and second year of the trial, respectively.

The novel LLIN is treated with an additional chemical known as PBO (piperonyl butoxide) which acts as a synergist – inhibiting the natural defence mechanism of the resistant mosquito, which normally breaks down the insecticide – and allowing the pyrethroid insecticide to work.

When the PBO LLIN was combined with indoor residual spraying (IRS), using a different type of insecticide in the organophosphate class, malaria prevalence was considerably lower (28.7%, 252/877) compared with the standard LLIN alone (55.3%, 515/932).

Professor Mark Rowland from LSHTM and principal investigator on the project, explains: “This project is a game-changer. The trial is the first clear evidence that nets treated with PBO can significantly improve personal and community protection from malaria compared to standard pyrethroid-only nets in areas where there is high pyrethroid resistance. It also demonstrated that pyrethroid resistance is now a significant problem in some areas and standard LLIN are less effective than before, and that the new IRS controlled malaria for an entire year before needing to be re-sprayed.”

As a result of the trial, the World Health Organization has issued an interim policy recommendation for PBO LLINs to be a new and effective class of LLIN. It has also recommended the new PBO LLINs should be issued in malaria endemic regions where pyrethroid-resistant mosquitoes are present[2].