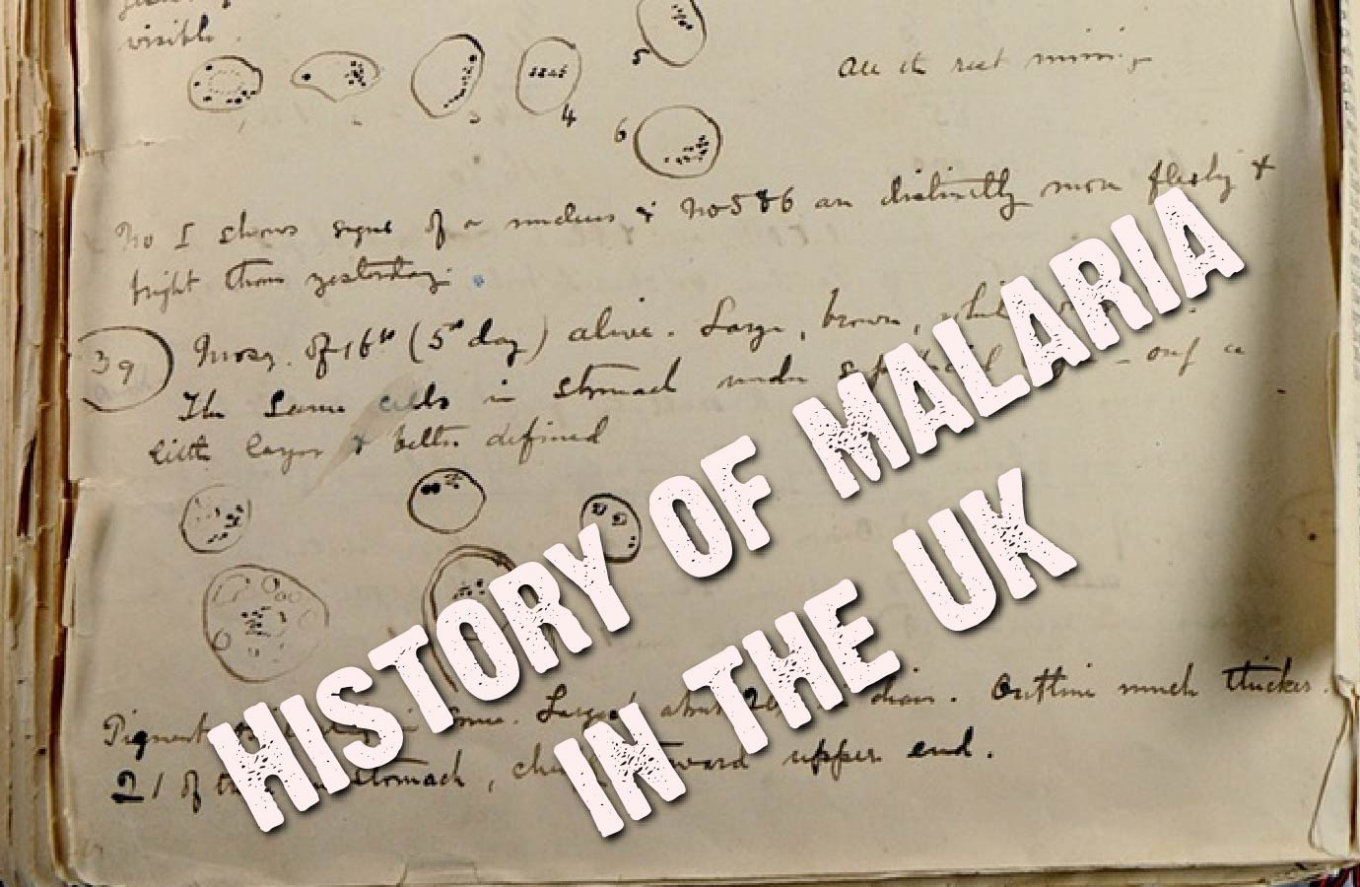 Malaria: From its origins to its eradication in the UK

Where did the word ‘malaria’ originate from?

Malaria has been noted in history for more than 4,000 years, and it was the Italians who coined the term ‘malaria’ for this vector-borne disease. The term mal means bad or poor and aria is a word for air. Together, mal’aria means bad air.

The name originates from the belief that the symptoms of this disease were caused by foul-smelling, sulphurous air. Little did they know that it was actually something breeding in the water that was transmitting the infection!

The Ancient Chinese, in 2700 BC, were the first to record symptoms that would later be characteristic of malaria. The disease was later recognised in Ancient Greece, where it infected thousands of people in the 4th Century BC. And it was the Romans that eventually began to deduce the transmission cycle of malaria, linking the disease with swamps.

By Jove! It is caused by a parasite!

Charles Louis Alphonse Laveran, an army surgeon posted in Algeria, was the first to discover little parasites floating in the blood of his patients. However, Laveran believed there was only one species of parasite.

Historical malaria in the UK

Malaria, or ague which was the name for any acute fever, was common from the 14th-18th century throughout Britain. It’s thought that many of the ague fevers could have been attributed to typhus (spread by lice) rather than malaria.

Nonetheless, there were clearly some cases of malaria at the time, which were treated with the bark of the Chinchona tree, containing quinine.

Ague/malaria began to decline in the 1800s as the drainage of the Kentish Fens reduced the densities of the primary vector, Anopheles atroparvus.

Apart from imported cases (currently at 1,500 a year), the disease has been eradicated from the UK since the start of the 20th Century.

Why was quinine used for treating malaria?

It was observed in Latin America that locals who spent time around Chinchona trees didn’t succumb to the ‘fever’ that blighted others.

The bark quickly became a preferred treatment for malaria in Europe, even being used by the British Army to protect troops in its colonies, like India.

Quinine was so bitter, though, that British soldiers took to mixing the powder with soda and sugar (hence why quinine is an ingredient in modern-day tonic water).

The fight to eradicate malaria globally.

Despite the historical successes of malaria elimination in the UK, the fight against malaria is far from over on a worldwide scale.

Medical advances and prevention tools, such as bed nets, have had a significant impact on reducing malaria deaths globally, however there are still large portions of the world where malaria is a huge cause of mortality and morbidity, including sub-Saharan Africa and Southeast Asia.

And as the world’s collective attention has shifted off malaria to other afflictions, the momentum towards total eradication has stalled somewhat. In fact, in some countries, the death rate is on the rise again!

This is why World Malaria Day is still such an important date in the calendar to ensure the focus remains on eradicating malaria for good, globally.