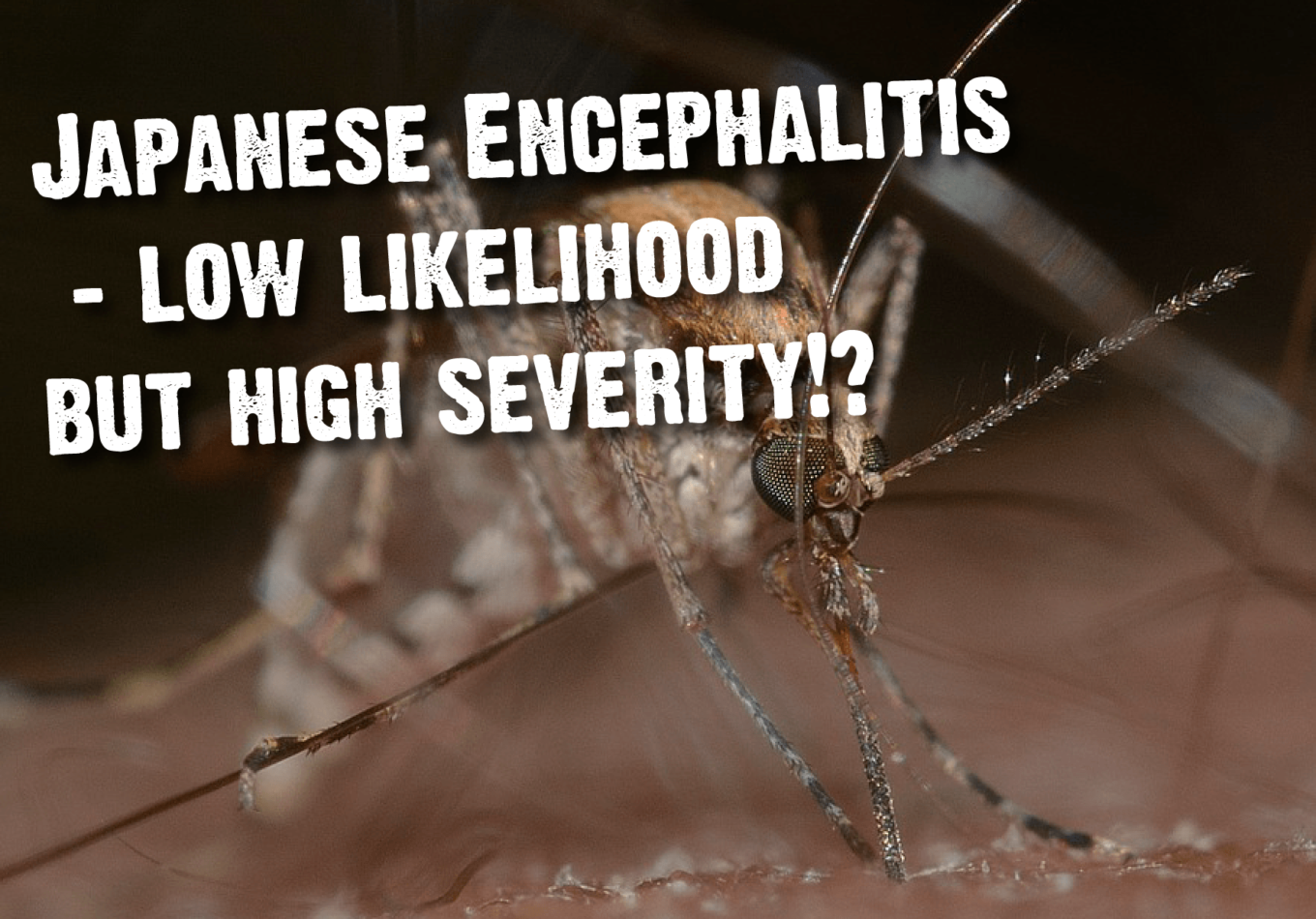 Bug Off! has been speaking with various organisations that are involved in travel health. Our first guest post is by Dr Ava Easton, CEO of the Encephalitis Society and an Honorary Fellow in the Dept. Clinical Microbiology and Immunology at the University of Liverpool. Here Ava gives her perspective of the challenges of promoting uptake of the Japanese encephalitis vaccine for travellers.

Japanese encephalitis is vaccine-preventable and so it is interesting to try and understand why people are still inclined to not take advantage of this protection.

Some people I have spoken with have mooted the cost of the vaccine however from the conversations I have had, it is striking that people intending to travel tend to tell me cost was not a deciding factor for them (yet in my experience this often something that travel health providers believe is a contributory factor).  Instead they were influenced by travel-health conversations that informed them of the likelihood of their contracting the condition – which is low.  However they all state that the severity of outcome (death and significant disability in many cases) was not something that was discussed.  This, combined with the fact most of them had never heard of encephalitis resulted in a decision against vaccination.

Anyone who has an understanding of assessing risk will know that in order to do so in an informed way we must know both likelihood and severity in order to make an educated decision.  With the caveat and recognition of hindsight bias, all three of the people I am working with currently say that had they known what the outcome could, and indeed has been, for them they would not have hesitated to vaccinate against Japanese encephalitis.  Their often traumatic, acute illness experiences and subsequent life-long disabilities were preventable and that is a very difficult concept often for patients and families to reflect upon.

I am currently working with three returned UK travellers all of whom contracted Japanese encephalitis during the period 2014-2016.  Two contracted the condition in Thailand and one person in China.  One of these individuals made a good recovery however unfortunately two of them remain with severe disabilities including communication difficulties, ventilator dependent and unable to walk.

I am currently involved in the writing of a scientific paper that will describe their journeys in more detail. Bug Off! and The Encephalitis Society will provide more information on these cases, once this paper has been published.

The Encephalitis Society works with patients and families around the world who have been affected by any form of encephalitis.  We provide support to those affected and evidence-based, peer-reviewed, information accredited by NHS England Information Standard.  We raise awareness of the condition, in particular through our primary medium of World Encephalitis Day on the 22nd February each year.  We promote and collaborate on research with a range of medical and academic partners, and deliver the ‘go-to’ conference on encephalitis each year.

For more information on the great work carried out by The Encephalitis Society please visit: www.encephalitis.info and follow the organisation on social media: