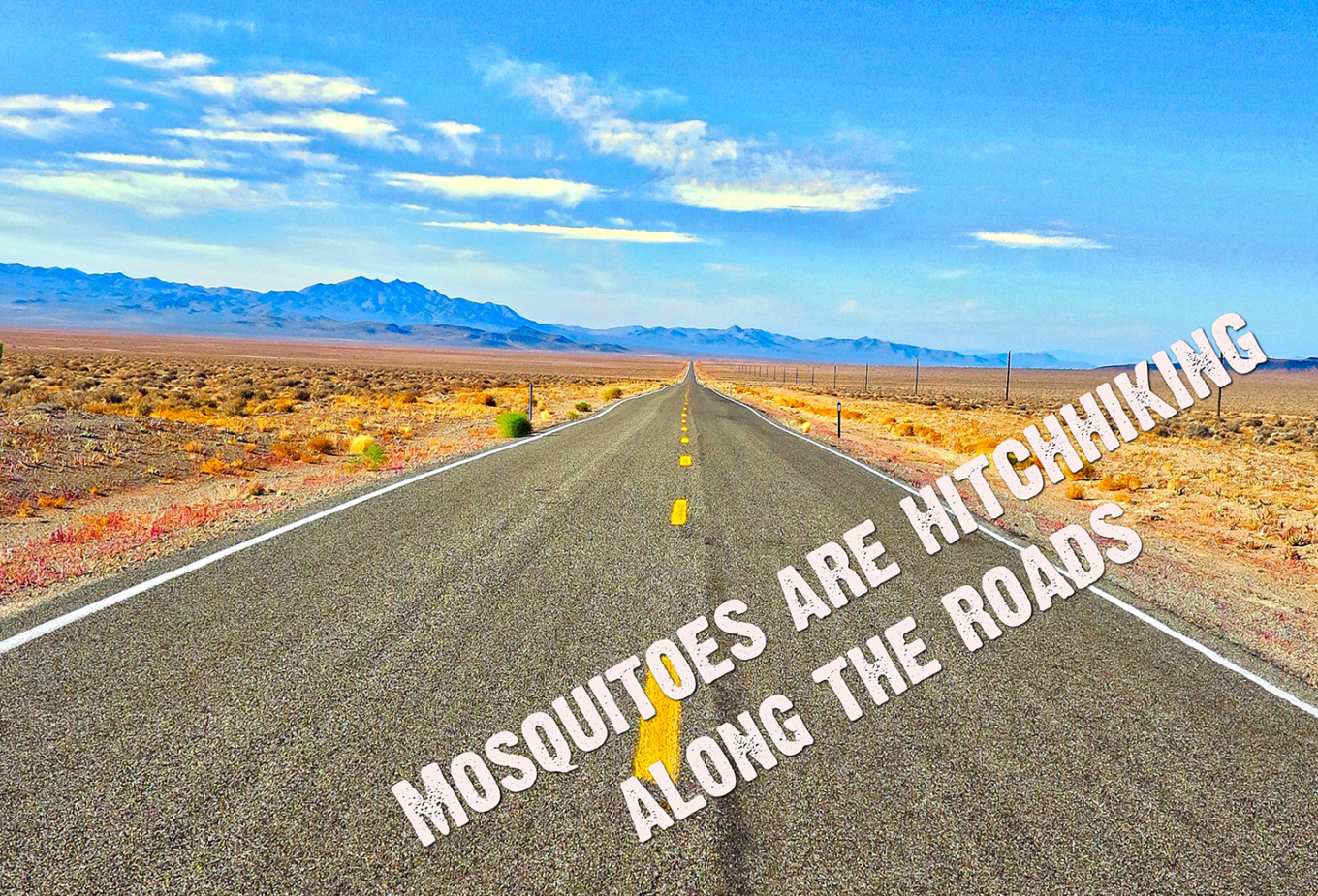 Mosquitoes are hitchhiking along the roads

When travelling by car, boat, or even aeroplane, you could have an unwelcome stowaway aboard.

Aedes aegypti and Ae. albopictus mosquitoes are successful invaders. They are now widely spread across sub-tropical and tropical regions, and can spread a range of diseases including dengue, chikungunya, and Zika.

However, they are recent arrivals in many parts of the world: both species of mosquito moved from their native countries as stowaways, likely on board trading ships.

Aedes aegypti was the first to move, leaving Africa for the first time in the 19th Century 1, while Ae. albopictus only begun its worldwide invasion around 40 years ago, travelling from Asia with the trade of modern goods such as car tyres 2.

Aedes are specialists at living with people 3. These blood sucking mosquitoes feed on humans and lay their eggs in man-made containers filled with fresh rainwater. In areas with poor infrastructure, water storage tanks and rubber tyres around homes provide a steady source of water, even during the dry season when there are few suitable habitats for mosquitoes.

If the water dries up, Aedes eggs have an incredible ability to survive in a desiccated state, hatching into aquatic larvae and emerging as adults, even after months with no rain 4,5. It’s this ability that permits Aedes mosquitoes to travel long distances, often assisted by people.

Tyres are the ideal habitat for developing mosquitoes

New and used tyres shipped around the world are sold to car owners along highways. They provide an ideal habitat for developing mosquitoes. Once inside a tyre, rain water is difficult to remove while its shaded interior maintains a steady temperature, so there is limited water evaporation.

Once eggs have been laid inside, they can survive in their dried state while transported long distances along the roads in vehicles or on board ships 6,7. Upon reaching their destination, the addition of rainwater allows the eggs to hatch into immature mosquitoes.

Mosquitoes hitchhiking along the Pan-American highway

Scientists at the Smithsonian Tropical Research Institute have been tracking the infestation and movement of Aedes mosquitoes as they hitchhike. In Panama, both mosquitoes exploit used tyres to travel around, including along the Pan-American highway, the longest motorable road stretching over 30,000 km from Alaska to Argentina 8.

Both mosquito species are commonly found in used tyre businesses along the Pan-American highway and other roads. This means that Ae. aegypti and Ae. albopictus could be using tyres to invade or reinvade new geographic regions. The newest invader, Ae. albopictus is rapidly spreading across Panama. As it does so, it competes with Ae. aegypti for resources that both mosquitoes need to survive.

If Ae. albopictus is the better competitor as research has shown 9,10, Ae. aegypti could be ousted from many of its current habitats. This could change how the risk of mosquito-borne disease is distributed across Panama, because they have different abilities to distribute harmful viruses.

The movement of Aedes mosquitoes along the highways also raises other concerns, since they could be using these transport networks to exchange genetic material. This is important if mosquito populations exchange genes involved in insecticide resistance, or which can influence the ability of a mosquito to transmit or disseminate disease 11,12.

In an ever-connected world, the spread of invasive mosquitoes poses an increasing threat to our societies. This worldwide problem will require the collaboration of communities across the globe to reduce mosquito-borne disease. Disease reduction practises are often defined by political boundaries, but efforts at control in a given geographic area will be ineffectual if mosquitoes can reinvade using the world’s transport networks. These harmful hitchhikers are important targets for mosquito control.