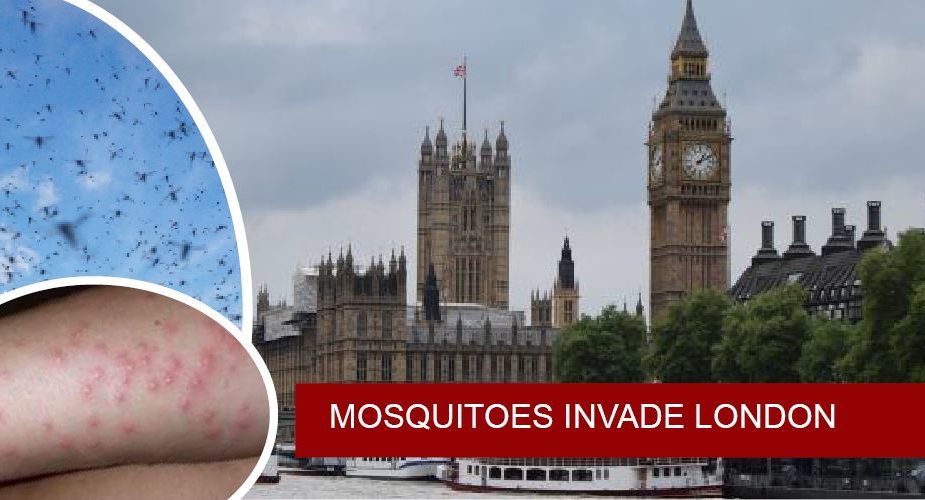 The Mozzie Mob marches through London – but what’s all the buzz about?

It’s everyone’s worse fear – you’re out for an afternoon stroll on the sunny banks of the Thames when suddenly you hear an unmistakable low hum, which only seems to be getting louder with each step you take.

Apprehensively you turn around, hoping your imagination is playing tricks with you, but then you see it – a giant swarm of mosquitoes has invaded London!

Seems incomprehensible right? Well on Saturday 12th May, it really did happen (sort of). A flash mob of (human) mosquitoes swarmed around some of the key landmarks in London, calling on the public to get clued up on travel health.

So what was all the buzz about? The Mozzie Mob marched through London, dressed as mosquitoes, tourists, repellent cans, anti-malarial tablets and healthcare professionals, to raise awareness of the importance of protecting yourself against vector-borne diseases whilst travelling.

The day was a huge success, kicking off the Bug Off! 2018 campaign with a bang. The public were incredibly receptive to our important message – ensure you plan ahead and use insect repellents to keep yourself safe when you’re travelling overseas.

To see what the Mozzie Mob got up to when they took over London, view the video below.