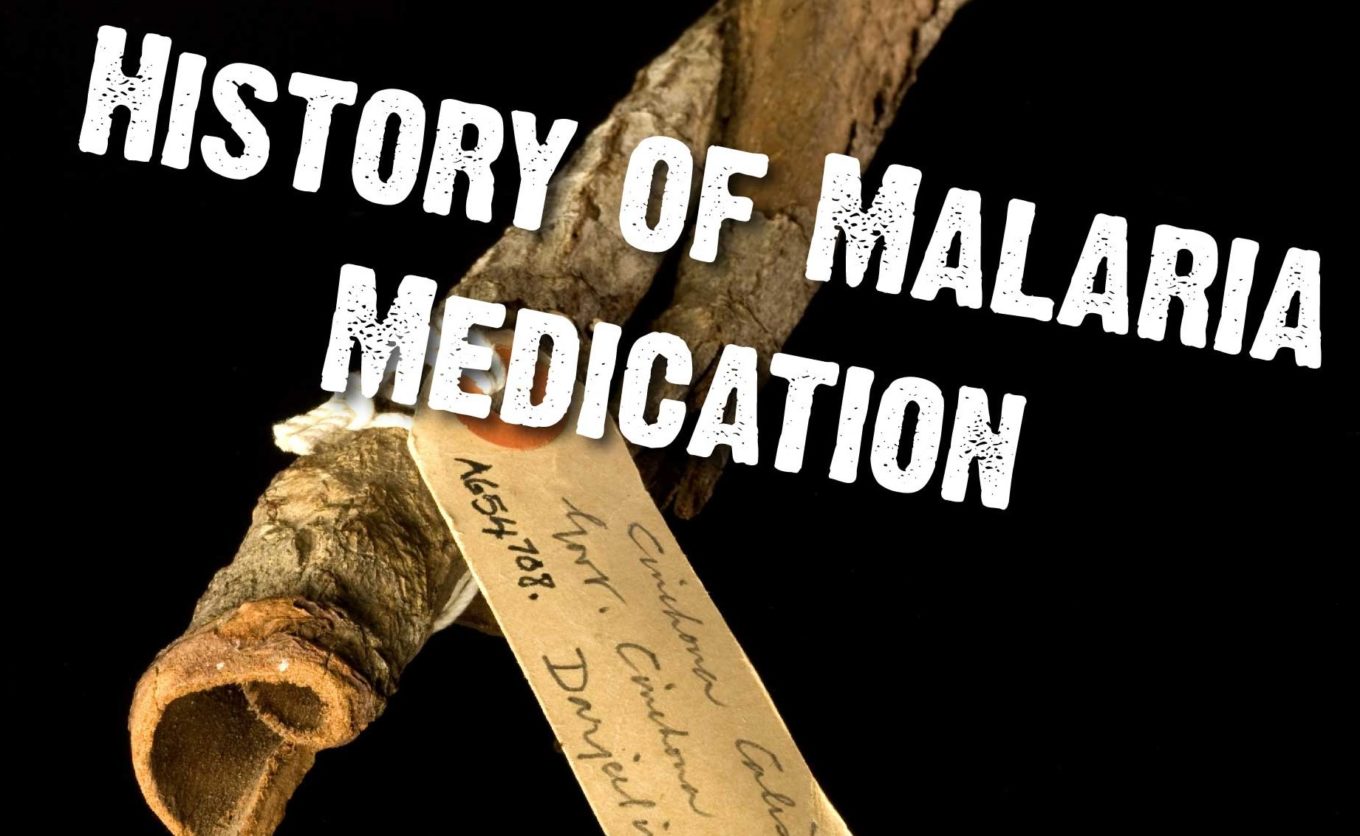 The History of Malaria Medication

The oldest and most well-known antimalarial is, of course, quinine – the cause of tonic water’s bitter taste and the reason that it glows under UV light. It is an alkaloid extracted from the bark of the cinchona tree (or “fever tree”). According to legend, it was used by the South American Quechua people to treat shivering due to fever chills1. This was observed by Jesuit missionaries, and a sample of the bark was sent to Rome to test as a malaria treatment c.16302. An alternative story suggests that the wife of a Spanish Count of Chinchón contracted a fever in Peru in the mid-1600s; after being cured by a tonic of cinchona bark, she ordered a large quantity of the bark and brought it back to Europe as a miraculous cure3. This apocryphal story is the root of the tree’s name.

Regardless of its origin, quinine remained the most popular and effective malaria treatment well into the 20th century. The quinine powder was so bitter that British officials stationed in tropical areas added soda, sugar and gin to create the gin and tonic. One of the most effective forms was as part of a secret formula known as “Warburg’s Tincture”, supplied by the British Government to troops in India and other colonies4.

After quinine’s development in the 1830s, it would be a full century before a new anti-malarial was discovered – chloroquine, a quinine derivative. It was first synthesised in 1934 by Hans Andersag, working at Bayer, and called “Resochin”. Initially deemed too toxic for practical use in humans, it was overlooked for more than a decade5. Andersag adapted the drug’s structure into the less toxic “Sontochin”. Sontochin was trialled by French and German scientists over the following years and used to treat thousands of malaria patients. During World War II, samples of Sontochin and accompanying data were handed over to the Allied forces by the French authorities5. Research by the United States showed that adjustments to the drug enhanced its efficacy, and the Americans named the new compound chloroquine. After comparing the new drug to Resochin, it was found that the two drugs were identical6. Chloroquine was introduced for malaria prophylaxis and treatment in 1947. Chloroquine and the insecticide DDT became powerful weapons in the World Health Organization’s post-war effort to eliminate malaria.

While more effective than quinine, chloroquine resistance spread rapidly, with the first resistant strains of malaria parasites documented in the 1950s, and quickly found across East and West Africa, Southeast Asia and South America7.

Two more antimalarials, proguanil and then pyrimethamine were developed in the post-WWII period in British laboratories, with pyrimethamine created by the Nobel Prize-winning scientist Gertrude Elion. Resistance to the two monotherapies emerged soon after their introduction, leading to the usage of combination therapies with other drugs. Proguanil in combination with atovaquone is known today by the brand name Malarone, while pyrimethamine is usually given with a sulphonamide and folinic acid.

Today’s leading anti-malarial, artemisinin, was discovered in 1972 by Tu Youyou, as part of Project 523. This was a large-scale project instituted by the Chinese government aiming to find new drugs for malaria, spurred by the huge number of deaths due to the disease in the Vietnam War. Artemisinin was discovered by investigating traditional Chinese medicine for possible antimalarial compounds. An extract from Artemisia annua, called qinghao, was described in a fourth-century Chinese physician’s handbook as a treatment for fever. Tu Youyou’s team found that an effective antimalarial could be extracted from the fresh leaves of the plant, naming it qinghaosu (the name artemisinin came later). Artemisinin has some undesirable physical properties that limit its effectiveness, such as poor solubility and bioavailability, so derivatives with more desirable properties were quickly developed, including artesunate, artemether and dihydroartemisinin.

Artemisinin combination therapy (ACT, or Coartem), is the treatment currently recommended by the WHO. Combination treatments are generally more effective than monotherapies and are less prone to resistance development. As resistant strains of malaria proliferate, combatting the spread of resistance by rotating the antimalarials used and developing new tools in the fight against malaria becomes more and more important – a fight that we take great pride in being part of.