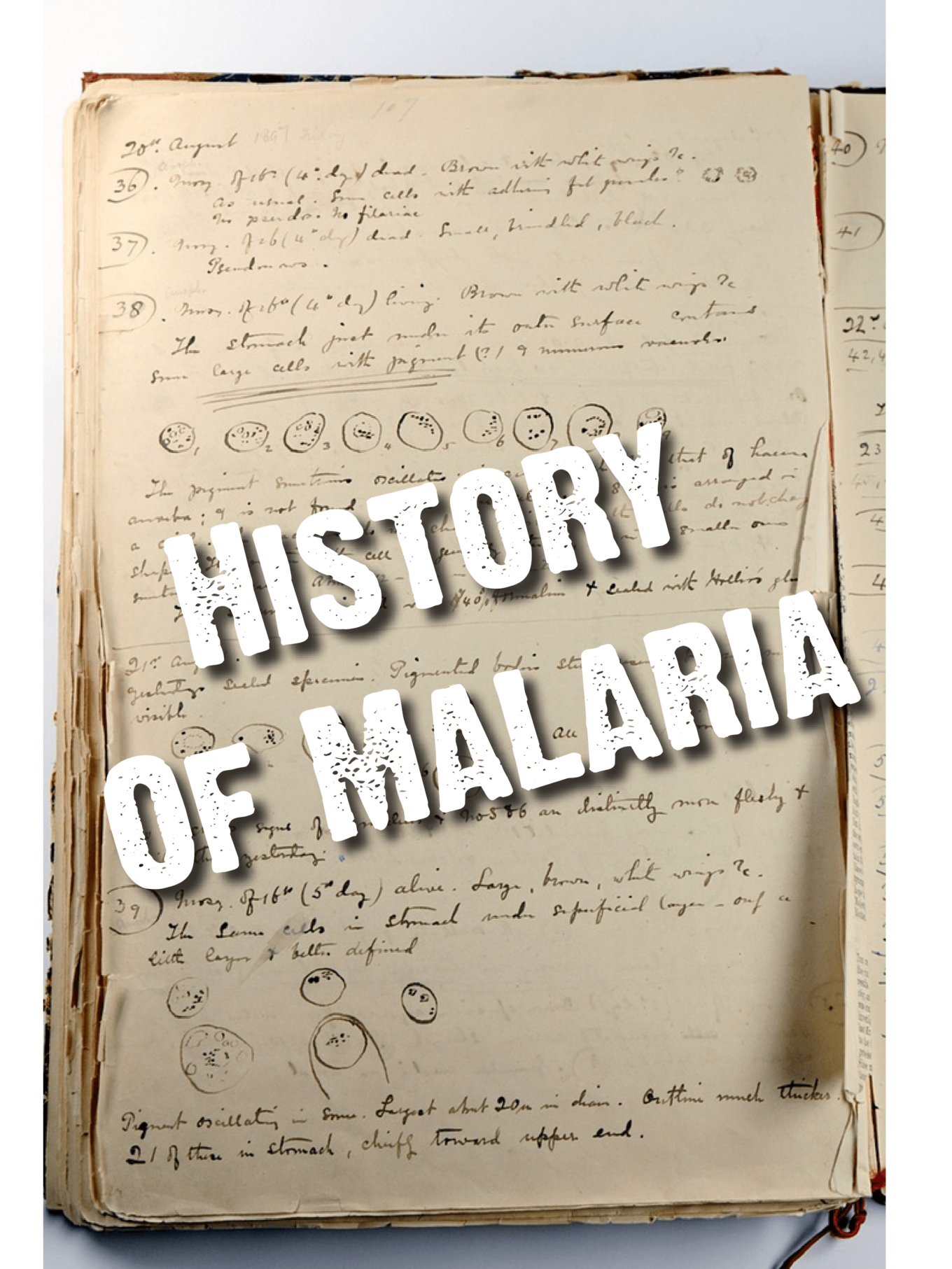 Malaria has been noted in history for more than 4,000 years. The Italians coined the term for this vector-borne disease. mal means bad or poor and aria is a word for air. Together, mal’aria means bad air, a name that originated from the belief that the symptoms of this disease were caused by foul-smelling, sulphurous air generated by the swamps where people were becoming ill. Little did they know that it was actually something breeding in the water that was transmitting the infection!

The Ancient Chinese, in 2700 BC, were the first to record symptoms that would later be characteristic of malaria. The disease was later recognised in Ancient Greece, where it infected thousands of people in the 4th Century BC[1]. It was the Romans that eventually began to deduce the transmission cycle of malaria, linking the disease with swamps.

By Jove! It is caused by a parasite!

Charles Louis Alphonse Laveran[2], an army surgeon posted in Algeria, was the first to discover little parasites floating in the blood of his patients. Laveran was awarded the Nobel Prize in 1907 for his work. However, while Laveran believed there was only one species of parasite, later studies by Italian, and American investigators identified the major species we know today – Plasmodium vivax, P. malariae, and P. falciparum, with Indian and British scientists completing the set with their description of P. ovale in 19221. Plasmodium knowlesi is also now known to cause malaria in humans, as well as other animals.

Historical malaria in the United Kingdom

Malaria, or ague which was the name for any acute fever and usually a 3-day or 4-day cyclic fever, was common from the 14th-18th century throughout Britain. Contemporary reports suggest that a lot of the clinical descriptions of ague may be attributed to typhus (spread by lice) rather than malaria[3] but relief of symptoms following treatment with the bark of the Chinchona tree, which contains quinine (figure 1), suggests that malaria was indeed suffered by some people.

Ague/malaria began to decline in the 1800s, and by the end of the 19th century, even before Laveran’s discoveries, the decline was well underway. What caused this decline? Drainage of the Kentish Fens reduced the densities of the primary vector, Anopheles atroparvus, which is still present in other UK wetlands and forests surrounding London such as Epping Forest[4]. Use of quinine in the 19th century as a form of prophylaxis also reduced numbers of human reservoirs. Better living conditions for humans also meant that An. atroparvus began to feed on cattle rather than humans. Apart from imported cases of P. vivax during World War 1, the disease had vanished from the UK by the start of the 20th Century3.

In the United States of America, efforts to eliminate malaria commenced in 1947 with the spraying of the insecticide dichloro-diphenyl-trichloroethane (DDT) in rural areas where localised malaria was highly prevalent. Larval source management and occasional aircraft spraying with insecticide were also used, and by 1951 malaria was declared eliminated from the US5. It is not over yet!

Despite the historical successes of malaria elimination, the fight is not over yet. There are still significant portions of the globe where malaria is a huge cause of mortality and morbidity, including sub-Saharan Africa, Southeast Asia, Brazil and Guyana. The development of artemisinin drug resistance in Southeast Asia[5], widespread insecticide resistance to pyrethroids, mass migration and difficulties in sustaining a long-term intervention programme have made it extremely difficult to attain eradication status.